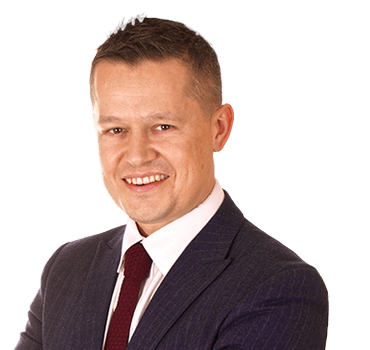 Scott joined hpjv solicitors in 2017 as part of the Criminal department. He was appointed as a director in 2020. He became an Accredited Police Station Representative whilst a trainee solicitor and qualified as a Solicitor in 2002. Scott focusses on Criminal Defence and is an accredited Duty Solicitor. He undertakes all types of matters at the Police Station and appears as an Advocate in the Magistrates Courts. Scott deals with the full spectrum of criminal offences from Drink Drive, Drug offences to Fraud and Murder.

Scott qualified as a Solicitor-Advocate (Higher Courts Criminal) in 2008 which gives him the same Rights of Audience in the Crown Court as a Barrister. Scott has over the last 9 years appeared in the Higher Courts as advocate on a variety of cases from Assault and Dangerous Driving offences to Drug/Fraud Conspiracies. Scott has regularly appeared in Newport, Cardiff and Swansea Crown Court as well as being appointed to cases in Liverpool, the Inner London Crown Court, Bristol, Worcester, Plymouth and others. Scott has also been instructed on numerous occasions as advocate to prosecute matters for the Royal Mail which has allowed him to see Criminal proceedings from the other side of the Courtroom providing him with greater insight into defence work. Scott was noted in the Legal 500 2016/2017 as “outstanding” and providing “well-reasoned advice” and he aims to continue in a similar fashion in the years to come at hpjv solicitors.

Scott is a Vice President of the Monmouthshire Incorporated Law Society which deals with local issues affected law firms and the public in Gwent and South Wales. He was also accepted on to the Law Society’s Access to Justice Committee in London in 2013 and is appointed until 2020. Scott has further been appointed to the Law Society’s Criminal Law Committee in London, recognising his criminal law expertise and experience. He is the only Welsh Solicitor on these National Committees and focusses very much on the Welsh perspective in Westminster.

Due to his Law Society work and expertise in his field, Scott has been voted to sit on the National Law Society Council as the representative for Gwent and the South West of England. He represents the views of all solicitors in this area on a national front. He has been appointed until 2023.

When he is not in work, Scott enjoys time with his family and loves a holiday by the seaside. He runs and has also been known to swing a golf club in anger and plays golf to a handicap of 5.

Some cookies are essential, whilst others help us improve your experience by providing insights into how the site is being used. The technology to maintain this privacy management relies on cookie identifiers. Removing or resetting your browser cookies will reset these preferences.